I have been at Zoe's place - La Moulin de Conque again.
This time working on a student film... 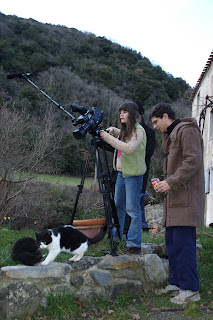 Jacob Redman (Zoe's son) and Lou Tilly (His Partner and Girlfriend) are at Farnham art school and wanted to make a film for their final project and decided to set it in the beautiful, rugged, mountain terrain of the Moulin and use Zoe's magical home for the interiors. 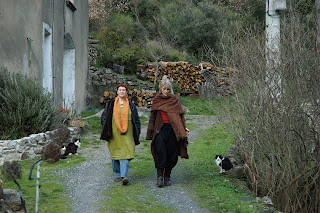 The film is about  two English women in their 50s,  who first  met when they came to France 20 years ago and the strong friendship that has since evolved. One of the women, Claire- has developed an illness, (perhaps cancer) which is not specified, and the other Rose, - (played by me) supports her. 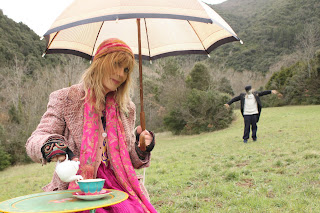 They buy a herbal remedy from the Internet which gives Clare strong dreams... through the dreams and the support of her friend, Claire finds an inner strength and although not cured,she discovers a positive way to go forward and on with her life.


This all is the more poignant as the marvellous actress Vivienne Chandler,- who plays Claire is going through chemotherapy at the moment. 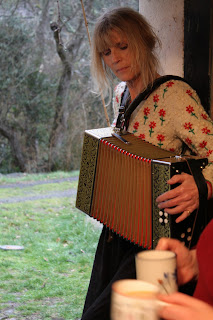 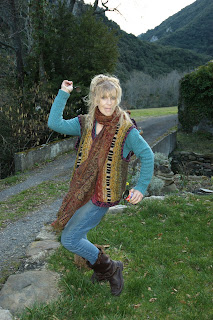 -She climbed rocks, waded through rivers, balanced under waterfalls, was buffeted by wind on the mountaintops, and waited about for hours in the cold and damp, - as is the way with filming,-remaining calm and looking beautiful 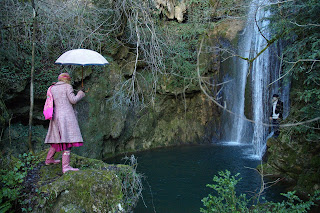 Vivienne and I stayed at a gite in the little nearby village of Mount Joi and chatted in the evening. 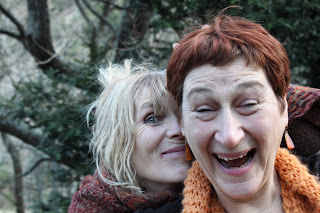 We got to know each other well and laughed, and cried, and laughed again. 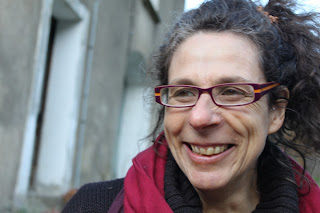 We ate like queens - Zoe was in charge of the cooking and boy can she cook.. We were so full -she was a fantastic hostess. Zoe is a filmmaker and artist herself. She generously held back from putting in her thoughts unless Jacob and Lou asked - no mean feat. 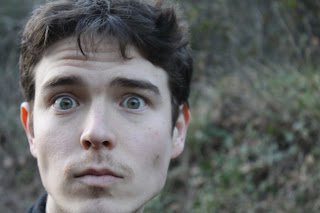 Jacob and Lou brought along a friend from Uni,- Max, who had drawn the storyboard and was another camera man... between the three of them they calmly and quietly took turns in directing, camera, sound, lighting, etc etc.. wow how those kids collaborated, it was a pleasure and joy to watch..- I learnt a thing or two.. 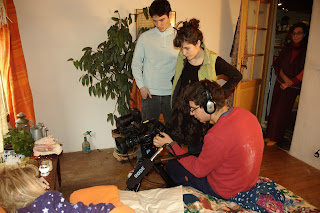 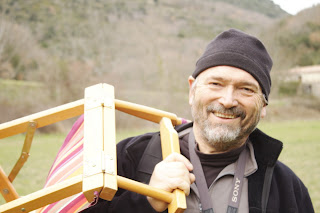 The other member of our team was Zoe's pall John - a sculptor who lives there in the south of France. He made the scarecrow which appears in the film, filmed the"making of"  took stills...and helped with the cooking, carried Vivienne's raincoat, carried the folding chair through briers and over stones, mended the tap, and was generally indispensable- vital!!! 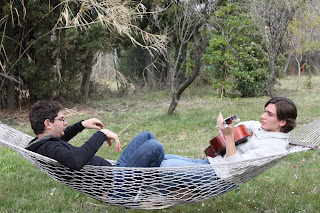 Morgan, who is a school friend of Lou and Jacob, played the enigmatic human  scarecrow who appears in Claire's dreams. -He also entertained us with his lovely guitar playing. 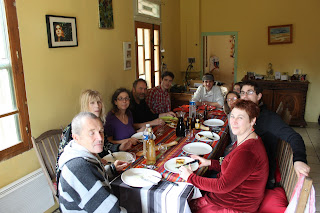 We had a fabulous feast prepared by Lou's parents at their home, the day we went to the dunes and the sea. 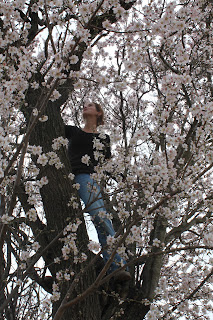 Johns daughter Tess appeared to make the girls /boys balance better, so Lou had female company of her own age for a change, and Tess also shook the almond tree to make a rain of blossom. 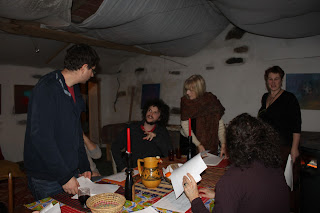 Vivienne's son Raven was there on the first day or two and went back to London to compose the music for the film. 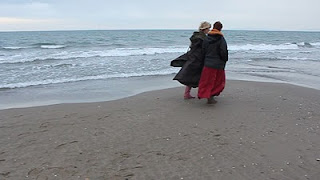 On and off various people came and went,- some welcome some not so welcome...-all in all a Marvelous experience.

finaly I have finished the short video of the Blackthorp barns Performance in may 2010
Posted by Ruby Red and the Bakelites at 00:02 No comments: