Back in the studio, Phew!

Well, I have started working with a vengeance as they say...
the Landguard Fort studies are coming together,
I want them about the building, the decay, with ghostly images overlaid, how it has been there for centuries, but the people come and go.
This of course is a huge departure for me.
The photos have sat on the wall for over a year.
Sometime in the spring I began to work on the studies, (50cm x 50cm) the same idea, but extended to other buildings with a history too. Sort of expressive colour studies. Then I decided to just do the fort.
I left it for the summer, then on looking at them again, in september, I decided to make the studies very solid, so that the ghostly images will be transparent.- Maybe not ghostly, maybe use the twisting type of thing from the figure studies...(I had this in mind when exploring the figure in the space earlier during the year.)
I'm thinking of using collage, for some trials on paper. Images include first world war soldiers, soldiers carrying a stretcher, girl receiving a letter, perhaps multiple images.

I have been looking at Bacon, O'Donoghue and Burra...the usual suspects, to see how they resolve this.
I have explored one of woman doing washing using a line drawing...
after looking at that I now think the rooms should be more simple again, but I got caught up in the peeling, crumbling plaster, so I will do one like that to get it out of my system... 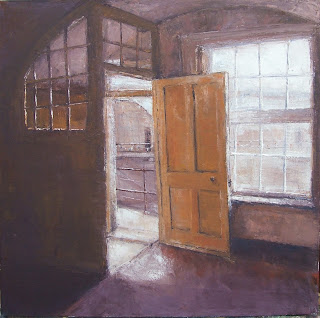 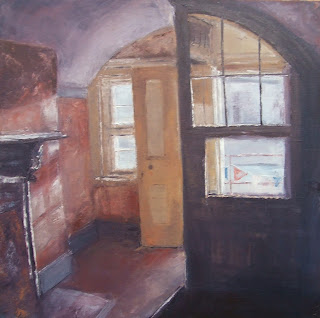 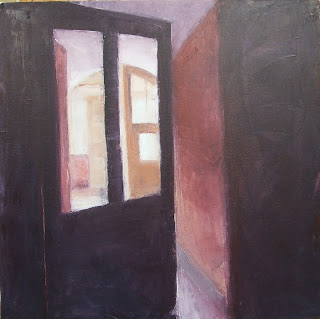 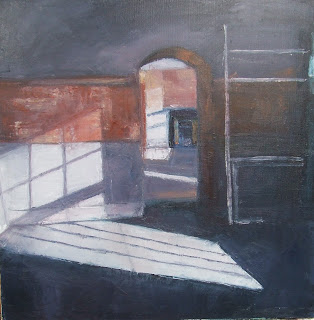 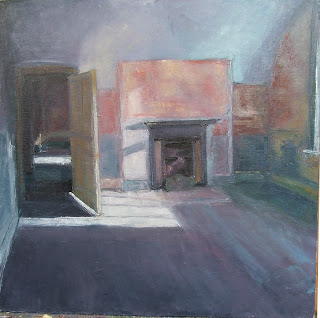 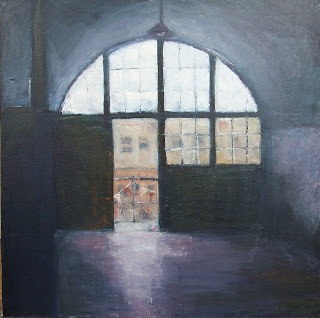 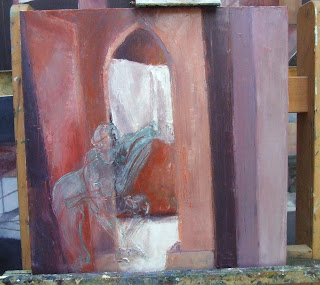 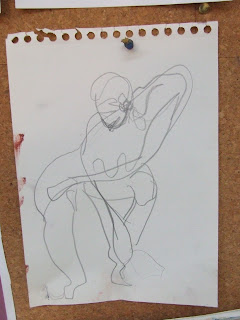 Posted by Ruby Red and the Bakelites at 17:41 No comments: