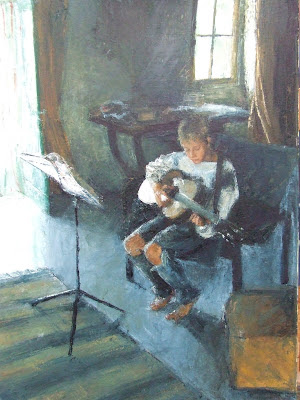 About ten years ago I painted a picture like this, which in a moment of madness I put into an exhibition, and it subsequently sold.
Although I was grateful for the money I regretted it. Hudge said I could always paint another but I don't like doing that. As the years past and Orlando grew into his large and bearded self, I missed it more and more.
So, when Woodbrigde art club asked for a demonstration in oils in February this year I decided to paint another.

I know lots of people work from photographs so I thought I would show them my process.
I did two pictures for them. The first one from the  gridded up, empty canvas. I drew the figure etc with green paint, and then added the under painting for the first stage, that needed to dry before I could work further  so I then worked on another version that I had started at home.
They asked me to go back in August and finish it. I did that last week,  but it was still far from finished, so I completed it in the studio this week. Its more photographic than usual, but I am trying to capture his expression.

here are a few images of the earlier stages. 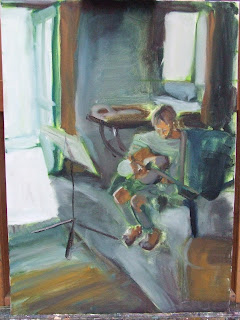 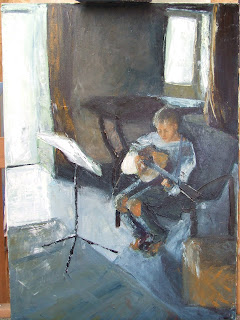 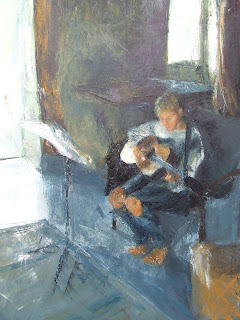 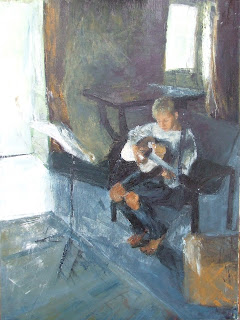 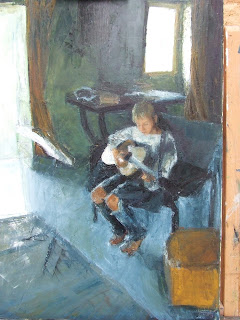 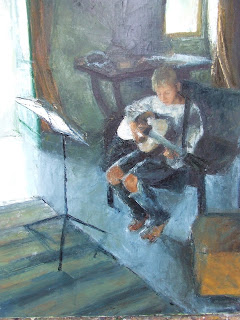 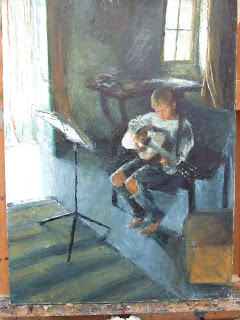 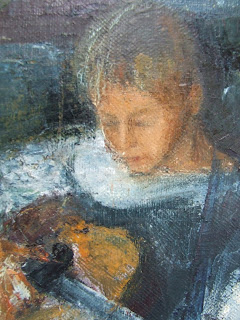 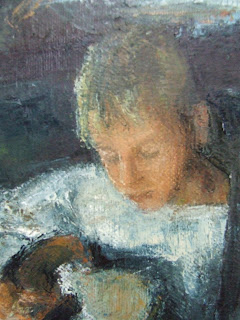 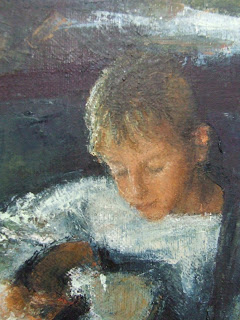 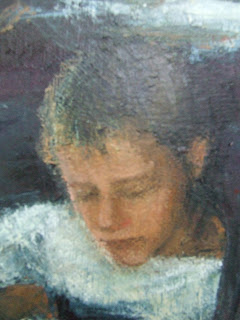 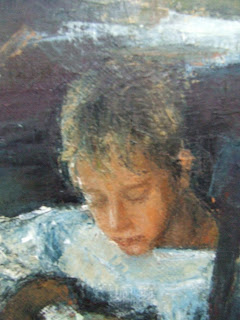 Posted by Ruby Red and the Bakelites at 10:33